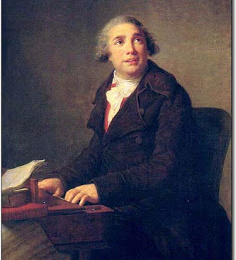 Giovanni Paisiello was born on May 9th, 1740 in Roccaforzata, a small town near Taranto in the Apulian region of the Kingdom of the Two Sicilies. The son of a veterinarian, he received his first instruction in music at the local Jesuit school, which he attended for eight years. The boy’s musical talent soon attracted the attention of Don Girolamo Carducci, who, in 1754, succeeded in having the youth attend the Conservatorio di S. Onofrio, Naples’ preeminent institution for musical training.

During his first year at the conservatorio the young Paisiello studied under the celebrated Neapolitan composer, Francesco Durante (1684-1755). Focusing mostly on sacred music (psalms, etc.), Paisiello eventually composed a successful comic intermezzo, which led to commissions from the Teatro Marsigli-Rossi di Bologna. In 1764 he wrote the opera Il Ciarlone, then I francesi brillanti, establishing his reputation in Northern Italy as a major composer in the operatic genre known as opera buffa.

Paisiello returned to Naples in 1766. He married Cecilia Pallini, despite having cold feet, in 1768. During this period he composed several operas, most notably Le finte Contesse, L ‘Osteria di Marechiaro and the very successful L ‘Idolo Cinese. His fame continued to grow.

In 1776 Paisiello accepted an invitation by Catherine II of Russia to be her maestro di cappella, replacing his fellow countryman, Tommaso Traetta (1729-1779). He spent the next eight years in St. Petersburg producing acclaimed works, such as Nitteti, I Filosofi Immaginari, La Serva Padrona and Il Barbiere di Siviglia (not to be confused with Gioachino Rossini’s revised version in 1816).

Paisiello’s summer in the Austro-Hungarian Empire was a resounding success. Commissioned by Emperor Joseph II, he wrote a number of concert symphonies and Il Re Teodoro in Venezia. This opera’s influence on Mozart’s Le nozze di Figaro and Don Giovanni is unmistakable.

When he finally returned to Naples, King Ferdinando IV made Paisiello his official court composer. Here he produced masterpieces such as Nina, ossia la pazza per amore and La Molinara, who’s popular aria “Nel cor più non mi sento” inspired many composers, including Beethoven. In 1787 he composed “Inno del regno delle Due Sicilie” or “The Hymn of the Two Sicilies,” which became the nation’s national anthem.

When Napoleon Bonaparte’s forces invaded the Kingdom of the Two Sicilies in 1798 Paisiello did not retreat to Sicily with the Bourbon court. He “reluctantly” accepted the new position of maestro di cappella nazionale to the ill-fated Parthenopean Republic. However, after Cardinal Fabrizio Ruffo’s Sanfedesti Crusade, and a general amnesty granted to Republican sympathizers by the Bourbons, Paisiello was readmitted into the Neapolitan court.

An avid admirer of Paisiello’s music, Napoleon requested his services in Paris. Granted leave by Ferdinando IV, Paisiello served as the little corporal’s maître de chapelle. The Neapolitan also composed music for Napoleon’s Imperial coronation at Notre Dame. It was during this time that he wrote the opera Proserpine, which was poorly received. In 1804 Paisiello returned to Naples.

The French conquered Naples again in 1806, driving the Bourbons to Sicily once more. Joseph, Napoleon’s brother, was crowned King and Paisiello became his maestro di cappella. In 1808 Joachim Murat, Napoleon’s brother-in-law, succeeded Joseph (who became King of Spain) and followed suit by appointing Paisiello as his court composer as well.

After Napoleon’s downfall in 1815, the Bourbons were restored to power. Ferdinando IV granted a second amnesty and Paisiello continued to serve the Neapolitan court until his death on June 5th, 1816.

Giovanni Paisiello was without a doubt one of the most popular and courted composers of the era. He worked for some of Europe’s greatest patrons, including Catherine the Great, Emperor Joseph II, Napoleon and Joseph Bonaparte, Joachim Murat and King Ferdinando IV of Naples. The Neapolitan was influential and prolific, writing over eighty operas. He also composed a number of cantatas, concertos, oratorios and sonatas, both sacred and secular, of the highest quality. Paisiello was truly a Titan of the South.