Home > Editoriali > THE FINANCES OF ITALY

THE FINANCES OF ITALY

Posted by altaterradilavoro on Mar 8, 2021 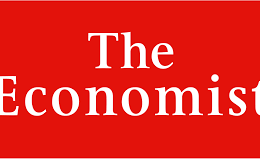 NOTHING is more difficult than to form an adequate idea of the financial situation of a country which, like Italy, is only just beginning to estimate correctly her true responsibilities and resources. We know in a general way that Signor Sella wishes to raise over and above the taxation of the country 25,000,000 sterling within the year,—8,000,000 by the sale of State railways, and 17,000,000 by loan.

As the whole revenue for 1865 is certainly not likely to be so much as 25,000,000,—it looks at first sight as if now, in a year of peace, and after the lapse of four years from the death of Cavour, and the inauguration of the new era, the Italian Government were still spending more than twice as much as they could raise by taxation,—a hopeless state of things indeed, if it were so. This, however, is very far from the truth. A letter of Count Arrivabene’s to Lord Stratford de Redcliffe on the Italian finances, taken together with a return recently presented to Parliament of the comparative taxation of foreign countries, enables us to form —certainly a very meagre and imperfect estimate, but still an estimate, of the true financial position of Italy. No doubt, as we shall see, that position is still very bad; but it is far from hopeless.

The 25,000,000 which Signor Sella wishes to raise otherwise than by taxation in the present year, covers the deficits, not of one but three years, and the deficit for the present year is only 8,280,000, a sufficiently alarming sum no doubt, but still only about a third of the annual revenue, instead of equal to it. Then, what is of still more importance than their amounts, is the tendency of these deficits. Any State in which the revenues tend to overtake the expenditure, although still far behind it, is in a position comparatively hopeful, especially if the State have large undeveloped resources which the public expenditure is in a great degree serving to promote. The analogy then is to the case of the sinking of a borrowed capital in a concern which bids fair not only to pay, but to pay a great interest. Now, in 1864, the Italian deficit was 12,640,000. This year it is 8,280,000, and Signor Sella says that if peace continues without any other exceptional calamity, the deficit of 1866 will be only 4,000,000. At this rate the deficit of 1867 would be nil. Of course it is idle as yet to count on the expenditure even of the current year. A war might break out at any moment for Venetia, due either to the rashness of the Garibaldian and Mazzinian party, or to the jealousy of Austria, and thus, of course, all financial estimates would come to nothing. It is, besides, just possible that Signor Sella’s sanguine hopes may be defeated from financial or commercial causes even without war. But special causes, if really special, do not last, and the question of a delay of a year or two in effecting the equilibrium between expenditure and revenue is not of the same importance as the question of the power to produce that equilibrium in ordinary years. We do not mean to recommend implicit confidence in Signor Sella. On the contrary, the chances seem to us very large indeed, that Signor Sella has hoped for the best. But still the fact that the ordinary deficit has in one year certainly diminished by more than 4,000,000 is a solid certainty, and it gives some colour to the hope that an equal diminution may take place next year if peace be not disturbed.

There is fair ground for hope, also, in the very light taxation of Italy as yet, and the rapid development of its resources which the railways and public works are giving. At present, as Count Arrivabene shows, except Austria and Russia, Italy is more lightly taxed per head than any of the great countries of Europe. While Italy at present pays only a trifle above 1 per head, slightly less than Prussia, Spain pays 1 10s per head, France 21, Holland and Great Britain about 2 5s each. Yet no country in Europe promises more results from the increase of railway communication and the stimulus to traffic with foreign countries than Italy. With a larger sea coast in proportion to her territory than any other State in Europe, and great internal resources, the facilities for trade which every year are opening up, are certain, in time of peace, to add largely to her wealth and her power to bear a heavier taxation with more ease than she now bears the very light one of 1 a head. If we compare the weight of the public debt which presses upon each country, the result is less favourable but not unfavourable. Italy in 1864 had a nominal debt of about 150 millions sterling, or about six years revenue. Count Arrivabene assumes, probably without exaggeration, that before the difficulties of Italy are overcome, and she has again a long period of probable peace before her—in other words before she has recovered Venetia and settled the Roman question to the satisfaction of Europe, — she will have a debt of 250 millions sterling, which (as the revenue is rising) may be estimated at about eight years revenue. Well, the debt of England, as every one knows, is about twelve years ordinary revenue; the debt of France u about eight years’ ordinary revenue; that of Spain is sever years and a quarter of ordinary revenue; that of Holland tor years of ordinary revenue; that of Austria eight years of ordinary revenue; that of Russia from five to six years ordinary revenue. From this it will be seen that even after making a liberal allowance for the future accumulations of Italian debt, there will be no burden on Italy greater than most of the States of Europe already bear. And there is this in her favour, that while many at least of the States mentioned have been developing their resources for a long period of years, Italy is only just beginning to experience the advantages of civilization in its Southern provinces, and of easy intercourse between her several provinces.

There is also some reason for hopefulness in the nature of the elements of which Italian taxation is composed. In 1865 Italy raised no less than 2,400,000 as income tax out of a total revenue of about 25,000,000,—that is, she raises about ten per cent, of her revenue by the most annoying and most conspicuous form of State impost. In fact, she raises as much from this source as from her whole Customs duties. Now, it is obvious that this speaks very well for the willingness and ability of Italians to support the Government. Even during the last ten years of heavy income tax, the average amount raised by our own rich country has not been more than about one- seventh of our whole revenue, and the proportion of income tax to total taxation is a very fair test of the docility of a country in these disagreeable lessons in finance. It is certain that, with judicious management, and a more Free- trade tariff. Italy might raise her Customs revenue—the branch of taxation which is least severely felt—to a very much higher level indeed than the paltry sum of 2,400,000. In England Customs yield us one-third of our total revenue instead of one-tenth; but, then, England is in many respects very fortunately situated for raising Customs duties without injury to trade, because a great number of things which are now with us necessaries of life are raw products not grown in England and not needing manufacture. Italy, of course, is not so fortunate. Her Customs duties are received in small driblets from many articles. Her highest single Customs revenue is for sugar, and for that she receives only half a million sterling instead of, as we do, something like six millions. On tea the Customs get nothing; on coffee a mere trifle, perhaps 150,000, and yet coffee is about the fifth on the list of Customs duties when arranged in the order of the magnitude of the receipts. There is, therefore, no similarity between the probable Customs duties of Italy and England. Still, if her statesmen are wise enough to take off ail the protective duties, and tax instead more heavily those things which Italy consumes in large quantities but does not herself produce, there can be no doubt that, instead of raising only ten per cent, of her revenue in Customs duties, she might easily get a sixth or a fifth. There is, therefore, obviously one department of the revenue likely under wise management to expand.

Altogether, considering that the deficit has certainly been reduced from nearly 13,000,000 in the last year to 8,000,000 this year, with a probability of only 4,000,000 next year— that this result has been attained not merely by reducing expenditure, but by increasing taxation, and that not slowly (for in 1862 the revenue was calculated at 18,300,000, in 1863, at 20,000,000, in 1864, at 20,400,000, in 1865, at about 24,000,000)—-considering, also, that so large a proportion as one-tenth of the revenue is raised in the way which most impresses the imagination as odious, and that so little as one- tenth is raised from the least disagreeable and most expansive of all sorts of revenue, Customs duties—considering that the taxation of the country is still lighter reckoned per head than that of any great country in Europe except Russia and Austria, and that the debt is now comparatively light, and will bear a very considerable increase before bringing it up to the relative magnitude (reckoned in number of years revenue) of most other European States, we cannot think the financial situation of Italy desperate. It is bad, no doubt, but then we expect a bad state of finance after a great revolution, a great war, and a great amalgamation of very different political elements. It is not so bad as the financial state of many countries has been, which have now completely emerged from their difficulties into prosperity and wealth.